A guide to Rummy. 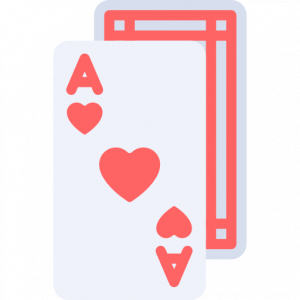 Rummy made its first appearance in the early 20th century and most likely has roots in Mexico. Gin Rummy is a variation of this game.

The target score or the number of deals has to be agreed upon at the beginning of the game.

The first thing to know when learning rummy rules is the deal.

A dealer is randomly chosen before the game starts. Every player will get a chance to deal. If three or more people are playing, the person on the right of whoever is dealing goes next.

If there are two players, each player receives 10 cards from the 52-card deck. If three or four players are playing, all players receive seven cards. Five and six players receive six cards. Cards are dealt one card at a time around the table. After the cards are dealt, a card is put face-up on the table. This is the discard pile. The remainder of the deck, which is the stockpile, is placed facedown.

The rules are very similar to those for gin rummy, but players don’t go gin in this game. The object of online rummy is to meld a combination of cards. A group, book, or set has three or four cards of the same rank that are different suits. A run or sequence is cards in consecutive order of the same suit.

Playing the Game – How to Play Rummy

When playing the game, you are going to hope for a sequence or group. However, you can take cards from your hand and meld a set that has been put down on the table by you or other players. This is called laying off.

To start the game, you will take a card from the stock or discard pile. Because the discard pile is face-up, everyone will know what you are drawing. You choose which pile you draw from.

If you have a sequence or group, you can lay the combination on the table face-up. You don’t have to meld on a turn if you don’t want to. You can wait.

Laying off isn’t mandatory. If you or another player melded a sequence or group on the table, you can add to the cards. There isn’t a limit to how many cards a player can lay off.

To determine your score, you have to score your cards. The face cards are worth 10 points, number cards are worth their face value, and aces are worth one pint. Your score is the total value of the cards remaining in your hand.

The winner is able to earn the points of all the players’ hands. The game will continue until the number of deals or target score has been reached.

Be the first to get unique bonuses.

Exclusive bonuses for exclusive members. You do not want to miss this.

We give away exclusive (often time limited) bonuses to our loyal members of CasinoPearls. You will be one among the first to get access to our exclusive bonus codes and promos that the casinos are handing us